COVID-19 UPDATE: We Are Open For Business—What We Are Doing to Serve and Protect Our Clients 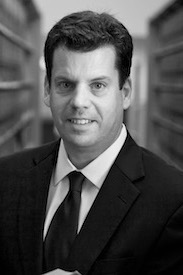 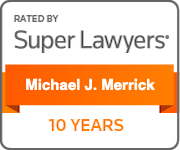 Michael J. Merrick is the founding member of Merrick Law Firm LLC and has over 25 years of employment law experience.  His clients and peers, other lawyers and judges, rate him as "AV/Preeminent," Martindale-Hubbell's highest rating in legal ability and ethical standards.  Mr. Merrick has also been honored as a Super Lawyer from 2012 through 2021 for being chosen as one of the top 5% of practicing employment lawyers in Illinois.

After graduating with honors from law school, Mr. Merrick served a two-year term as a federal judicial law clerk during which he experienced first hand how federal judges and juries decide employment cases. He then spent eight years first as an associate attorney and later as a partner with a Chicago law firm where he practiced labor and employment law representing both employers and employees, commercial litigation, and intellectual property law.

In 2003 Mr. Merrick became Of Counsel to a Chicago employment law boutique firm to focus his practice on exclusively representing employees in employment law matters. In 2005 he founded his own law firm, Merrick Law Firm LLC, to do one thing and to do it very well—aggressively and efficiently represent employees to enforce their workplace rights to the fullest extent of the law. Mr. Merrick has represented his many clients before federal, state and local administrative agencies, the United States Supreme Court, and at every federal and state trial and appellate court level in between.

Practice Areas
Mr. Merrick devotes 100% of his practice to representing employees involved in employment disputes.  His practice includes counseling, negotiations, litigation, trials and appeals in all administrative agencies and state and federal courts.  For more information on the specific areas of employment law in which he practices, please click on the Practice Areas menu to the left.
How Can We Help You?